What to Expect on a Family Safari 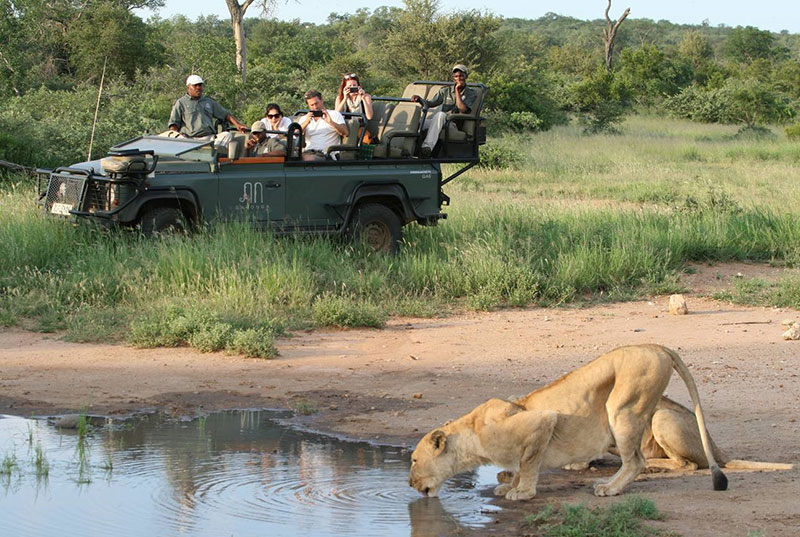 As the end of the year approaches and the festive season holidays beckon, it’s a good time to start planning your getaway with the family.

Taking the kids on a safari in Southern Africa is always a great way to have fun, learn and unwind from the busyness of every day life together. It’s where some of the best memories can be made as a family, which you will all talk about over the years to come.

Botswana and South Africa are two destinations in Southern Africa that are ideal for family safaris as wildlife viewing, particularly in the private reserves or concessions, is fantastic and many of the lodges and camps have tents designed for families with a focus on extra space and comfort.

Here are some of the exciting experiences you can expect when journeying on a South African or Botswanan safari adventure: 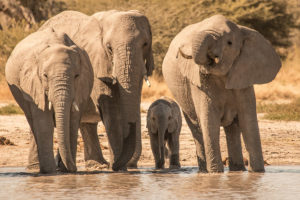 Elephants in south-eastern Okavango Delta © Under One Botswana Sky

Botswana’s famous Moremi Game Reserve and its surrounds in the south-eastern region of the Okavango Delta is wildlife-rich gem that offers excellent game sightings year-round. The big favourites you can expect to see are elephant, buffalo, giraffe, hippo and crocodile along with lion, leopard and even the highly endangered wild dog. For those little ones with a burgeoning interest in birdwatching, there is great avifauna diversity from open-billed storks and egrets to raptors and ground hornbills.

A cheetah in the Greater Makalali Private Game Reserve © Garonga

Kruger National Park is internationally known as one of the best Big 5 safari destinations, and so too are the private reserves that surround it. In addition to the Big Five animals (buffalo, elephant, leopard, lion and rhino), the kids can keep their eyes open to spy cheetah, hippo, crocodiles, spotted hyenas, wild dog, and plains animals like zebras, giraffes and several species of buck. Over 500 bird species have been recorded in and around Kruger so binoculars and the bird book (or phone app) are a must.

Along with off-road game drives that go out daily in some areas of south-eastern Okavango Delta, when the water is high enough, you can cruise along the rivers and tributaries on a mokoro. This is a traditional hollowed out canoe, that is unique to Botswana. Travelling through the watery paths of the delta this way is an unforgettable experience.

In South Africa’s Big 5 game reserves, days are bookended with game drives. Morning and sunset game drives offer the opportunity to learn about the wildlife that’s encountered by the knowledge passed on by experienced guides. On foot, your guide will teach you how to read the special language of the bush and the smaller creatures that reside within it.

The swimming pool at Mma Dinare Camp © Under One Botswana Sky

The family tent at Mma Dinare (meaning Mother Buffalo) in south-eastern Okavango is private and spacious enough to comfortably fit  four, with an age restriction of six years. The camp’s central areas ensure you can relax and enjoy the natural surroundings, whilst watching resident animals and birds from the comfort of an armchair, around the camp firepit or during a swim in the pool.

At Little Garonga in South Africa’s Greater Makalali Private Game Reserve, the Hambleden Suite is a family-friendly luxury villa that sleeps four in two separate rooms. It has its own swimming pool and private indoor/outdoor lounge areas as well as access to other amenities like the Boma, Bush Bath and Massage Sala.

A family safari is an unforgettable experience and wonderful way of renewing and refreshing ties!

We journey with Kingsley Holgate to Africa’s Extreme East