What makes the perfect safari honeymoon in South Africa? 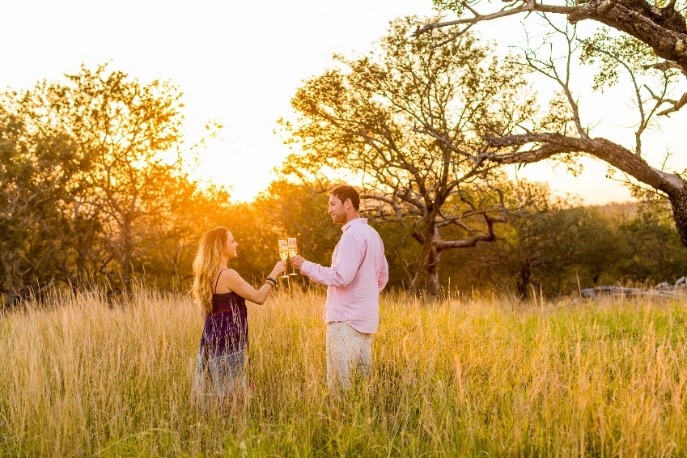 A luxury safari honeymoon in the South African bushveld celebrates love and romance with a touch of magic that only the wilderness can deliver.

South Africa has won over the hearts of newlyweds for years, becoming a popular destination for safari honeymoons as the ultimate romantic retreat. A safari has the best of everything a bush escape could offer – the adventure of wildlife encounters, the relaxation of being pampered, and the authentic tented safari camps with modern luxuries. Your honeymoon is one of those extra-special (and hopefully, once in a lifetime) celebrations, which means it should be an unforgettable start to your new life together.

There are a few things that will take your honeymoon from ‘just another trip’ to a safari getaway befitting the occasion.

There is a special kind of exclusivity and privacy to be found in a place that is far off the well-beaten honeymoon track. Being secreted away in the bush, immersed completely in nature and with only a few other people around, is what turns a regular safari into holiday you will reminisce about over the years to come. 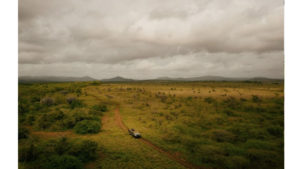 This important ingredient for the perfect safari honeymoon can be found in the Manyoni Private Game Reserve, a 23000-hectare wilderness in the heart of Zululand that is known for its cultural heritage and natural beauty. Its relative isolation from cities allows you to take in the beautiful scenery and encounter its wildlife without the crowds.

Acacia thornveld, open savannah and riverine forest are part of the landscape here and, as the sun makes to path across sky each day, the changing light brings out different features of the reserve. It’s hard to ever grow tired of such gorgeous views – this is the South African wilderness at its best.

If the location is what sets the scene for the ultimate romantic retreat, then choosing the right camp is what will make sure you get to experience it first-hand and in absolute comfort. To look out into your wild surrounds from under the canopy of a classic cream-coloured canvas tent – instead of brick walls – brings you the authenticity and enchantment of the first African safaris.

Styled in a way that celebrates the safaris of the early 1900s, Rhino Sands Safari Camp makes for a classic sojourn for honeymooners that want to connect with each other amidst the peace and quiet of the South African bushveld. With the whole camp being raised on wooden platforms, views into the riverine forest and beyond can be enjoyed from anywhere.

Sleeping just eight guests in four tented suites, each well-spaced from the next, makes this an intimate camp where the only noise will be the birds in the trees and any wildlife passing through the bush below. From the private swimming pool and outdoor shower to the luxurious furnishings and contemporary fittings in the bedroom and indoor bathroom, all the creature comforts of modern life have been considered.

And of course, it just wouldn’t be a luxury safari without incredible dining, where the setting is equally important as the meal served. Think fine dining by lanternlight in the boma area, or from the privacy and comfort of your tent, enjoying a delicious meal under a starlit night sky. Watch as the sun slowly dips beneath the horizon at a romantic sundowner setup, and then spend the evening at a secret gourmet bush braai in a special secluded area in the reserve.

Together with that all-important first cup of coffee, the prospect – and actual experience – of having a day of incredible sightings makes the early morning wake-up calls on safari so worth it. Whether heading out on a game drive to track game and predators or stepping out on foot to discover the smaller residents and their habitats in the wilderness, every day on safari is a chance to encounter something different to the one before.

South African is famous for being a Big 5 stronghold and Manyoni is one private reserve that has built up a healthy population of these impressive animals and other species indigenous to the area. With a strong commitment to the survival of endangered species, and through successful collaboration with equally invested organisations, the reserve has become a refuge for cheetahs and African wild dogs.

If those special details, indulgent surprises, and exciting discoveries in a beautifully wild setting sound like the perfect first holiday to have as newlyweds, then a safari will likely tick all the boxes on your honeymoon wish-list. And, for South African residents, you even have the chance to have a Big 5 safari with Rhino Sands at a special rate

Spring has sprung: 5 best places to view the wildflowers around South Africa