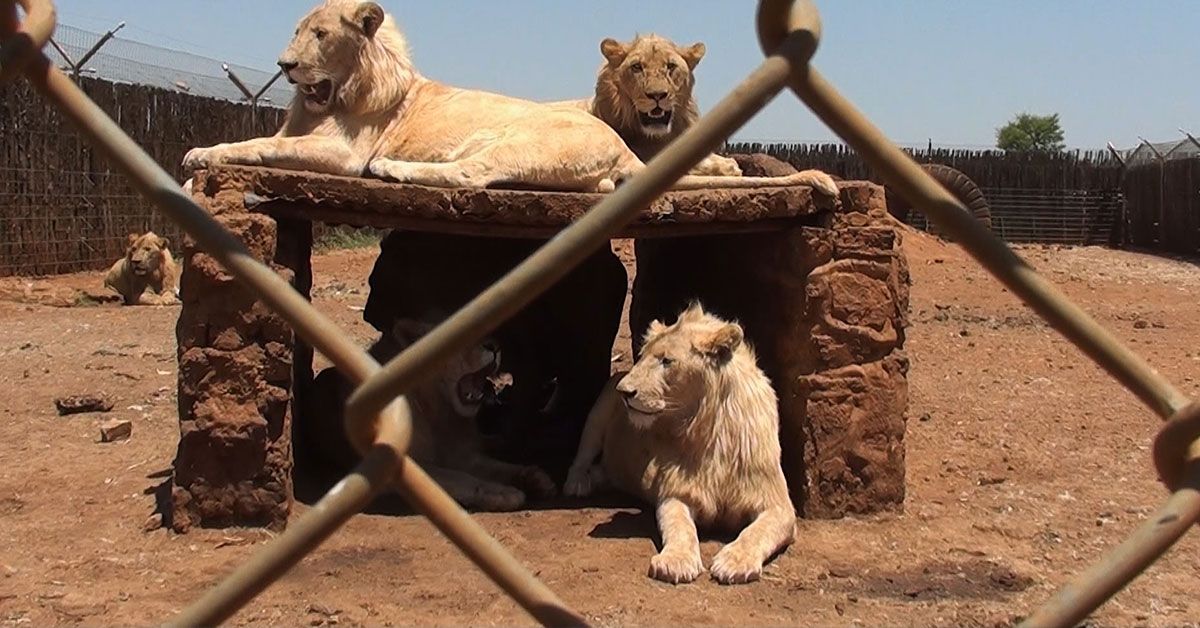 Youth Day (16 June) in South Africa is a day to pay tribute to the youth and recognise the power they have to initiate change. This year, the youth from Youth For Lions are celebrating the recent announcement made by Minister Creecy of the Department of Forestry, Fisheries and the Environment on their decision to end the captive lion breeding industry in South Africa. The youth have shared messages of praise and support for the government, and are encouraging other young people around the world to do the same.

In the newly released report, the High-Level Panel (HLP) recommended that South Africa should no longer breed captive lions, keep lions in captivity, or use captive lions or their derivatives commercially.

Minister Creecy and the South African Department of Forestry, Fisheries and the Environment (DFFE) have taken the courageous decision to put processes in place to halt:

Produced by Youth For Lions, a short video was created by the South African youth to showcase what they thought about this milestone in the campaign: https://youtu.be/LDfL5Eqq7vI

“The Minister and the Government are listening now more than ever before to the public discourse around these issues, and we need them to know that this decision, as contentious as it may seem, is an extremely positive step in the right direction. Blood Lions and Youth For Lions have offered the Minister our full support in developing and implementing a responsible phase-out plan in order to ensure that the commercial predator breeding industry is successfully closed down in South Africa, once and for all,” says Cath Jakins, Youth For Lions Campaign Coordinator.

By implementing a ban on the use of captive lions and their derivatives, in conjunction with an immediate breeding ban and end to all activities involving captive bred lions, DFFE will effectively take the lead towards building a more ethical and responsible South Africa that the younger generation can be proud of.

“The recent decision made by government to halt the captive lion breeding in South Africa has motivated me to keep on striving for what is right so that we can end the suffering of lions in captivity.” Makaira Kerkhof, Youth For Lions Ambassador.

“This decision is likely to receive backlash, but like so many other instances of exploitation and injustice, we as South Africans are no strangers to pushing against this and we can now proudly say that this is one of the most beautiful countries to live in. This decision is another step towards dismantling old exploitive ways that no longer deserve a place in South Africa.” Stephanie-Emmy Klarmann, Youth For Lions Ambassador.

Youth For Lions is a young, vibrant sub-campaign of Blood Lions®, an international multi-award winning feature film documentary and campaign which sheds light on the South African predator breeding, canned hunting and lion bone trade industries. In 2019 and 2020, Youth For Lions sent Open Letters signed by 324 and 622 people respectively to Minister Creecy and other government Ministers, imploring them to end the commercial captive predator breeding industry. The youth also contributed over 600 artworks to the Blood Lions #800Lions campaign, which landed up on billboards across the country. In addition, over 2,500 young people from around the world have signed the Youth Pledge committing to not supporting animal interaction and captive facilities that exploit wildlife.

Youth For Lions are calling on South African youth to be a part of the solution and send messages of support to Minister Creecy and the Department via our Kudoboard.

“We have been lobbying the government to make changes to their policies for years, so now that they have started listening and responding with positive action, we need to take the opportunity to thank them. It is going to be a tough road ahead, but we as the youth stand in full support of this decision” says Jakins.

Send your message of support to the South African Government:

Safari Activities Your Kids Will Love