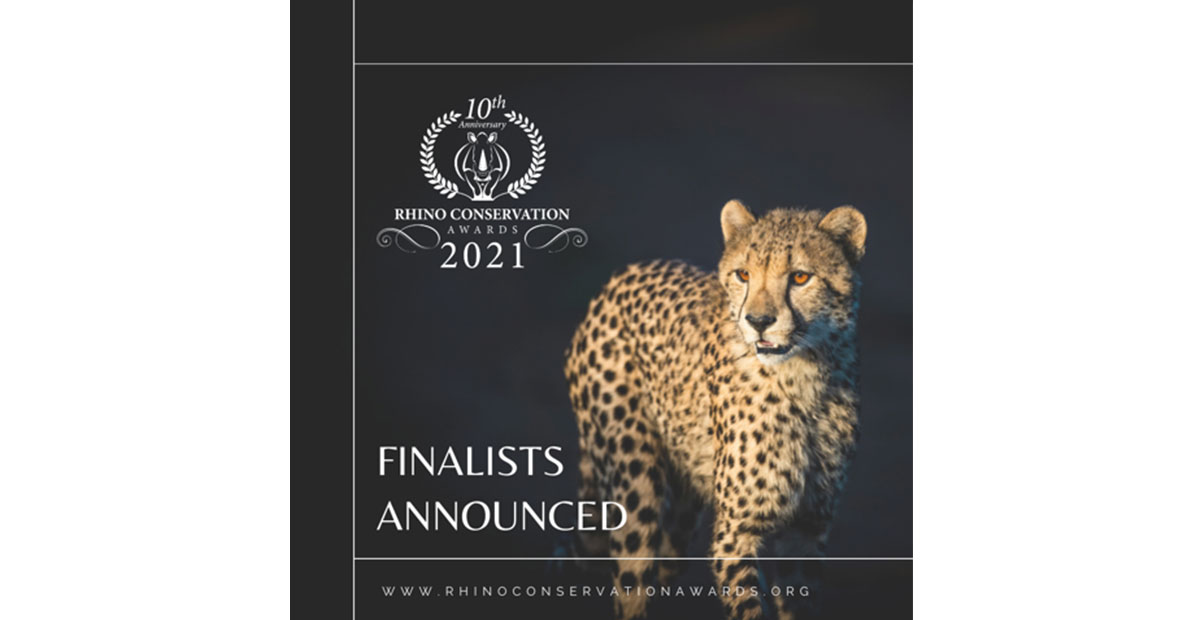 In the lead up to World Ranger Day on the 31st July, we are pleased to announce this year’s finalists for the Rhino Conservation Awards.

This year the Awards celebrate its 10th year in recognising, and creating awareness for those individuals and organisations who, despite the challenges facing our natural world, have accomplished incredible work in endangered species conservation.

“It shouldn’t really surprise me but after 10 years, I continue to be amazed by the number of good people and organisations we have in conservation. It’s so easy to get caught up in the doom and gloom of the crisis that our environment faces but we should never forget or fail to acknowledge the sacrifices being made every single day by good people doing extraordinary things working for nature.” – Andrew Campbell, CEO of the Game Rangers’ Association of Africa.

Each organisation and individual that has been shortlisted has had a positive impact on endangered species conservation. The awards serve to motivate these dedicated men and women to keep fighting to ensure the survival of our endangered species for the benefit of this and future generations.

“It is encouraging to see Rangers thriving through current global challenges of Coronavirus. There is still hope for our wild spaces all due to the commitment of our Rangers and conservation supporting systems.” – Eric Madamala, Deputy Chairman of the Game Rangers’ Association of Africa.

Nominations for the Rhino Conservation Awards 2021 have officially closed and the judges are excited to release the names of the finalists for each category ahead of the virtual ceremony. One winner from each category will be announced on the 25 August 2021 in a virtual awards ceremony.

In showcasing the awards as a truly African wide initiative, it is great to see seven different countries represented. The shortlisted finalists for each category are: 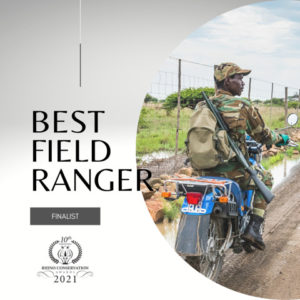 These awards are hosted annually in collaboration with the Game Rangers’ Association of Africa (GRAA) and are made possible with the generous support of sponsors ZEISS and Chinese New Enterprise Investment (CNEI) and are endorsed by the Department of Environmental Affairs (DEA). His Serene Highness Prince Albert II of Monaco, who is committed to the protection of endangered species through the support of his Foundation, is the Patron of the Rhino Conservation Awards.

These awards “pay tribute to the determination and the exceptional courage of those who are fighting, often putting their own lives at risk, to save, to give hope to our children and to enable the species under threat today to continue to contribute to the necessary diversity of nature.” – HSH Prince Albert II of Monaco

The winners of each category will be announced across Rhino Conservation Award’s social media platforms over the course of the day on the 25th August 2021 in a virtual ceremony.

IMAGE CREDITS: ©Peter Chadwick courtesy of the Ranger Legacy Project ‘Soul of the Ranger’ campaign, an initiative by the Game Rangers Association of Africa to raise the profile of Africa’s rangers and showcase their important role as the guardians of wild Africa. For more information visit www.gameranger.org