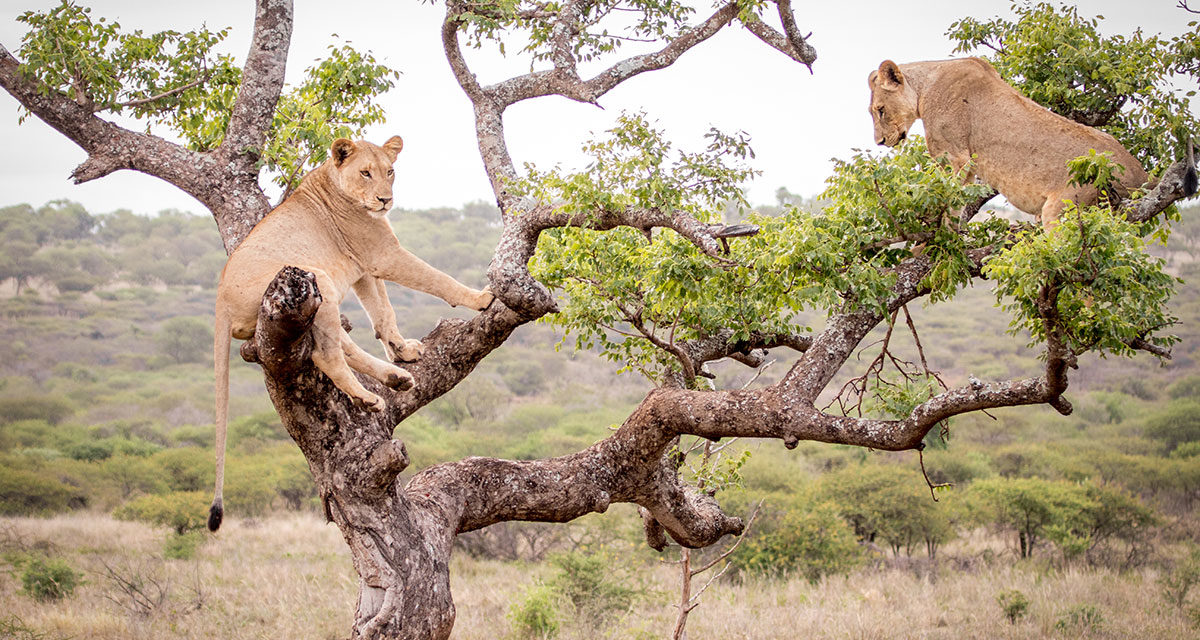 Queen Elizabeth National Park in Uganda and Lake Manyara in Tanzania are well known for their tree-climbing lions; however, you’ll be happy to hear that you don’t need to venture all the way to East Africa in order to witness the phenomenon of arboreal lions. 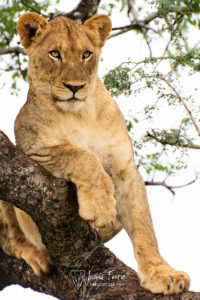 Situated just 3-hours drive north of Durban, Manyoni Private Game Reserve is home to its own population of lions that enjoy hanging out in trees. What started off as a somewhat rare occurrence has now turned into quite a common practice with regular sightings of these ‘arboreal lions’ being reported and documented. Two of the lodges within the reserve, Rhino River Lodge and Rhino Sands Safari Camp, have witnessed several such sightings while out on game drives and it’s always hugely exciting for guests to experience such an unusual encounter.

Why do lions climb trees?

Typically, lions do not climb trees. They leave that to the experts – leopards. According to the experts at BBC Wildlife, it occurs in less than 5% of observations. When it does occur, it’s usually for one of the following reasons:

Lions sometimes climb trees to get a better view of the surrounding areas and look out for potential prey. This is generally the case for the tree-climbing lions within Manyoni Private Game Reserve.

Occasionally, lions will also climb trees to avoid skirmishes with large animals such as buffalo and elephant.

And every now and then, they will climb trees simply because they can! They are cats after all.

Whatever their reasons may be, one thing remains constant and that is the strangeness of seeing a lion in a tree! Unlike leopards that look totally at home whilst effortlessly climbing and lounging in the tree-branches, lions never fail to look a bit awkward in trees.

For a chance to witness this spectacle first-hand, we suggest staying at either Rhino River Lodge or Rhino Sands Safari Camp within the Manyoni Private Game Reserve.

Is this the Best Horse Safari Experience in Africa?