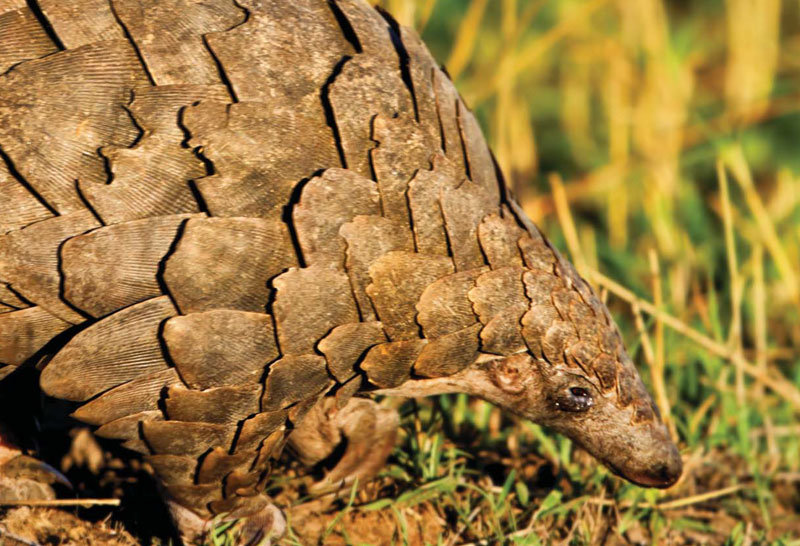 It is difficult to understand where nature was going with the pangolin. A possible explanation is that she took a rare day off about fifty million years ago, around about the time she was working on the Carnivora – cats, dogs, bears and those sorts of animals. Maybe she left a junior assistant in charge of that part of the gene pool and he got the schematics the wrong way round.

Whatever the reason, the end result was a mammal covered in scales, with no teeth and a tongue that is rooted somewhere near its pelvis. The whole assembly was basically designed to eat ants and to curl up when threatened, looking like a hybrid between a football and giant artichoke. The really odd thing is that the design worked well, so much so that there are still seven different species of pangolins shuffling about or swinging in the trees today. If the assistant got a clip on the ear when nature returned, that ultimately proved unfair.

Of the seven extant species, four live in Africa and three in Asia. Two of the African species are mainly arboreal, have long prehensile tails and weigh less than 2.5 kilograms; they live in the equatorial forests of west and central Africa. This is also the main stomping ground of the Giant pangolins, though their range also extends into parts of East Africa. Th e Giants, as you’d expect, are ten to twelve times heavier and firmly terrestrial. The Cape pangolin falls somewhere in the middle in terms of weight and size and is the only species that occurs in southern Africa, though not, despite the name, as far south at the Cape. They are, after all, creatures of the tropics.