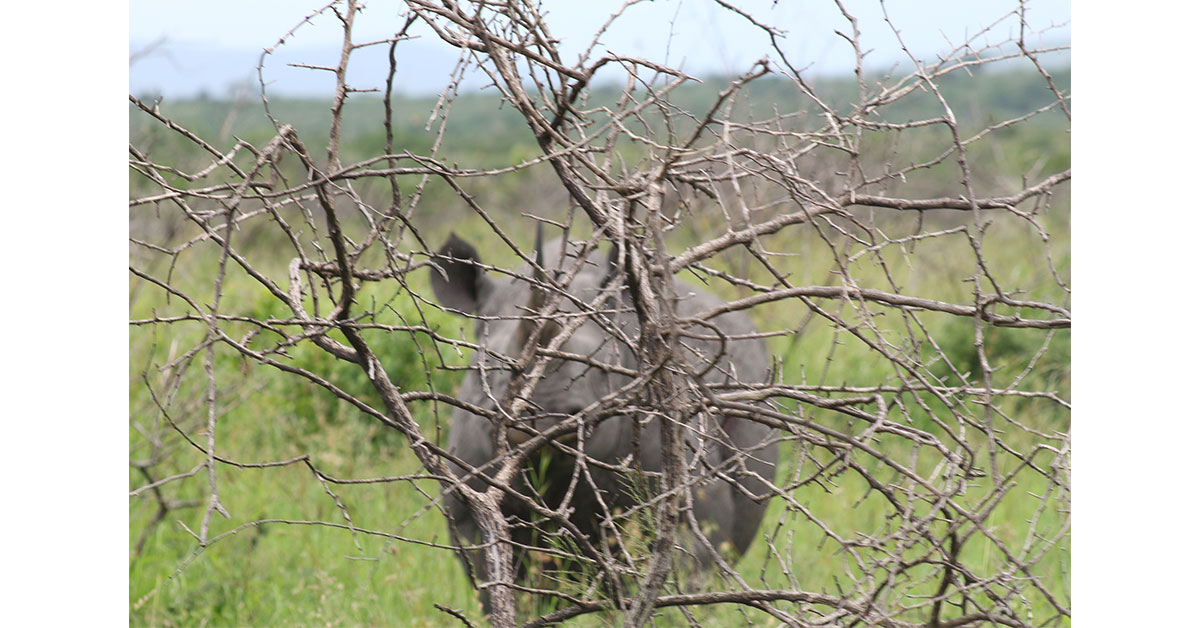 Yesterday (19 May) an incident, which has been exaggerated by some media, occurred between a Black Rhino, one of the two calves with her and two Bhejane Field Guide’s, while the guides were out on a monitoring exercise at Somkhanda Community Game Reserve.

Yesterday a group of Bhejane students and guides, joined by their (armed) instructor, Stephen Ingram and Senior Somkhanda rangers took part in a daily monitoring exercise on the reserve. A rhino – monitoring exercise requires a team to locate the rhino and get a visual, which will enable the guides to identify the animal and assess its body (for snares or injuries).

Using telemetry monitoring, the group located the rhino and got a visual at a good distance when they noticed that the rhino was aware of them. They pulled back and proceeded to look for cover, anticipating the rhino may come closer to investigate. The rhino continued to approach them, and the group succeeded in deterring the rhino by shouting it down. The rhino veered off into the bush and the monitoring team proceeded to move out of the area. Unfortunately, the curious rhino (with one of its calves) came back to have another look and came from a different direction. The group all looked for cover and a tree to climb, but Kieran Munns (22) and Kyle McGarvie (32) did not manage to get out of the way in time. Both managed to stay calm and Kyle managed to push himself off the mother, getting knocked by the passing calf, while Kieran got knocked out of the way into a tree by the mother, hitting his head, with the calf following behind running over his legs. Once the rhino and its calves had moved off, the team continued to extract from the area and assessed injuries.

Kieran was awake and conscious, however with an incident of this nature as well as a knock to his head – one does have to be sure there are no internal injuries, and he was taken to the nearest medical centre to be evaluated properly. Kyle did not require any medical attention.

A bruised Kieran has been discharged today (20 May) and has no serious injuries or broken bones.

“This is not going to discourage me or stop me from doing guiding,” said a surprisingly chirpy Kieran. “I love what I am doing, and this is just an unfortunate accident that sometimes comes with the job! I am obviously not in a hurry for it to happen again, but I know it comes with the territory. Everyone in the group, including myself learnt from it and I am really looking forward to going back to the reserve and getting back to work.”

“Everyone operating on Somkhanda adhere to the highest safety standards. However, this is a truly wild environment and the chances of dangerous encounters with wildlife are real,” said Dr Roelie Kloppers CEO of WILDTRUST. “Luckily, reserve management and IPSS reacted swiftly to the incident ensuring Kieran got the care he needed. All the rhino at Somkhanda are dehorned and I believe Kieran would have been a lot more seriously injured if that was not the case.”

Field rangers are aware of the risks their jobs entail and willing to work around those risks to ensure the safety of the wildlife they serve to protect,” said Dylan Panos, Bhejane Trails Guide Mentor.
“Field staff are well trained to avoid such encounters, but every once in a while, paths do cross in unexpected ways.” 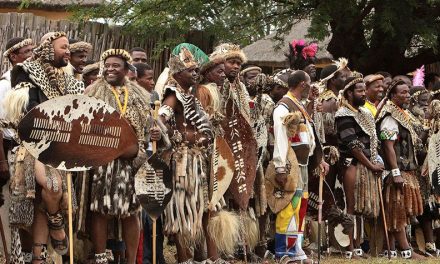